Is there any way to do redundancy between two Flexy units? A customer wants to use the Flexy for alarm notifications, but would like two units in case one fails.

Any ideas or suggestions? 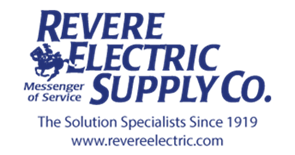 The easiest way to make a backup Flexy would be to take a backup of the current Flexy and pushing a backup to it using the method described in the post below:

when I take a backup using eBuddy, it saves it as a .tar file. Are you saying I should rename that to backup.txt ? That doesn’t sound right to me.

You could then have both of these Flexys connected to the same network (as long as they have different IP addresses). If you don’t want that Flexy to have WAN access, you could just clear out the internet settings on that device, or do something like the Digital Input to disable it.

@Ryan_Nordhus Cosy 141 - DI / DO To configure the digital input, you can do this through the internet wizard as seen by our getting started video step 2 (180 seconds): https://youtu.be/viQR6U2qMHU?t=180 The digital output for the cosy 141 is limited to the VPN tunnel only as seen by our manual on page 10: [image] When the VPN tunnel is established then the digital output will be in an ON state. This is still a good check on whether you have internet because the eWON will disconnect/conne…

As for the handshake to the PLC, I guess you could do something like having a script setup to write a script with an Ontimer to change the value of a tag on the PLC similar to a heartbeat. Then if the PLC doesn’t notice a change after x minutes then you’d know the Flexy is down.