I am using an Anybus X-Gateway AB7306-B as an IO device on a CANopen network which receives inputs from a PLC.

I recently discovered that the gateway being configured as a CANopen NMT Master is causing issues with my software which needs to be the sole NMT Master on the network. The AB7306 sends a “Reset Communication” command upon booting up which causes issues with the slave nodes on the network. As far as I can tell this is the only NMT command it regularly sends.

To work around this, I tried setting all bits of index 0x1F80 to 0, and appear to have succeeded, but the device gets stuck in pre-operational mode upon restarting. The AB7306 manual says that bit 0 should set Master/Slave status, 1 is something else, and bit 2 should, when set to 0, “Automatically enter Operational state”, which the documentation indicates is the default behavior. When I query that index I see all zeroes, so that bit should be behaving as expected, but it isn’t. It isn’t going into the operational state on startup.

I think the expectation is that the PLC programmer should send the “Operational” control word from his end whenever things are set this way, but when I spoke with our client’s PLC programmer about doing so, he did not seem to understand what I meant.

All of that boils down to this: how do I do the following three things?

I think any one of these three methods should help me accomplish my goals with your wonderful device, but I would prefer to have an explanation for all three if possible.

How do you currently have the NMT settings configured for the device? Is the reset all remote nodes enabled? Is the PLC setup as the NMT master? Is this device included in that masters configuration? You could also try disabling this as the NMT slave.

Here is more info on the NMT parameter. 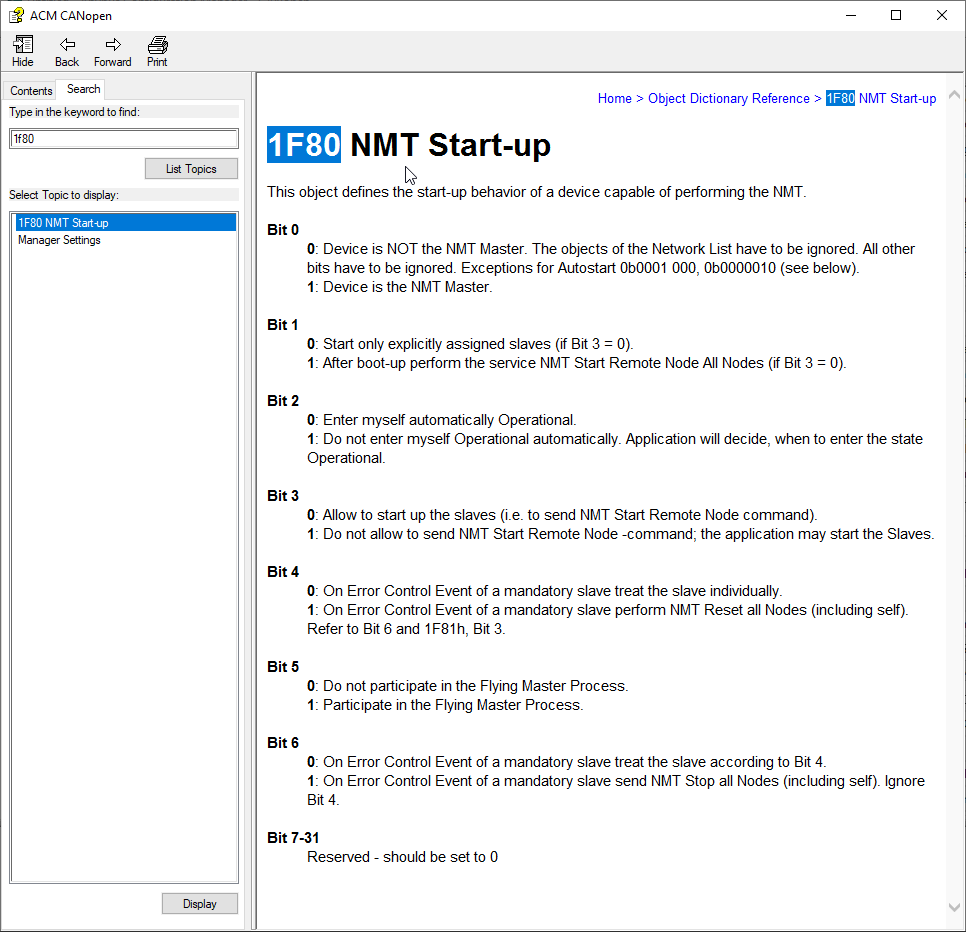